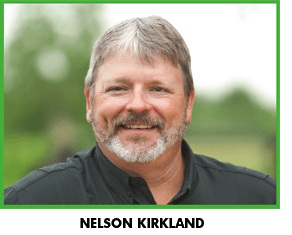 WELCOME TO the Annual Blueberry Roundup edition of Central Florida Ag News! As a Florida blueberry grower myself, this edition has personal meaning to me. Some of the experiences of growers that you’ll be reading about hit pretty close to home for me, but it’s also true that every grower’s experience — for every season — is unique to their crop.

The coverage of this season is a story of the “glass being half empty, or the glass being half full.” (It’s all about perspective here.) The state is estimated to have produced 25 million pounds of blueberries during our short six-week window that is our season. With an estimated 7,000 acres of blueberries grown in Florida, the average per acre this year should end up being around 3,500 pounds an acre. Now if you’re a grower, you’ll appreciate those numbers.

The good news for the blueberry industry overall is that consumer demand continues to grow. Research released in 2014 from the U.S. Highbush Blueberry Council (USHBC) shows Americans are nearly twice as likely as they were nine years ago to buy blueberries in the coming year, and the number of households saying they’ve purchased blueberries within the past month (69 percent) has nearly doubled since 2008.

The other piece of good news is the interest in agri-tourism continues to grow in Florida, and with such interest growers’ U-pick operations continue to help farm balance sheets. So, from a consumer perspective, blueberries have never been more popular and growers near and far are now willing to open up their acreage to the public due in large part to Florida’s new agri-tourism laws, which help protect growers from frivolous lawsuits.

Whether you picked Florida blueberries straight from a farm or purchased some from a store, we hope you enjoyed the sweet, fresh season.

Nelson Kirkland is publisher of Central Florida Ag News. He may be reached by e-mail at nelson@centralfloridamediagroup.com.