photos by Jessica and Bobby McDonald

The Chassahowitzka Wildlife Management Area is known around Florida and beyond as a refuge for approximately 250 species of birds, more than 50 species of reptiles and amphibians, and at least 25 different species of mammals.

It’s also home to something a bit more unexpected — a distillery.

Nestled on 80 acres inside the wildlife management area is NJoy Spirits Distillery, a more than 3,000-square-foot distillery that uses rye grain and sugarcane grown right on the premises to produce award-winning whiskey, rum and moonshine made from purified rainwater.

Founded and operated by Kevin and Natalie Goff, the facility isn’t hidden among bushes or covered with a tarp. It’s wide open for tourists and visitors to peruse and sample products while escaping urban life and taking in the natural surroundings and wildlife found in the management area.

Natalie Goff, 55, says running a distillery is quite different from her work as a registered nurse. She and her 63-year-old husband, Kevin, a contractor, decided to open NJoy after buying the property and a suggestion by her father to build a distillery there in 2002.

They used their own money to finance the construction, and in 2012 NJoy became licensed by the state and formally opened to the public.

Njoy Spirits received zoning approval in 2012 for a distillery, but that didn’t include a permit petition for events or tours. In February of 2018, the Hernando County Planning & Zoning Commission recommended approval to hold events and tours.

Since then, the Goffs — along with a bartender – have worked with barley, malting, mashing, fermentation and distillation to keep the products flowing.

That process results in a yearly production of about 2,500 cases of their three products:

Developing the process of distillation didn’t come from the internet, video or book.

“We did a lot of reading, a lot of research and a lot of trial and error,” says Natalie, a St. Petersburg native.

Part of that learn-as-you-go approach to NJoy also resulted in the agritourism aspect of the property. Each day, anywhere from about 50 to 150 guests drive 15 minutes south through the Chassahowitzka Wildlife Management Area to arrive at the entrance to NJoy.

Natalie says just getting to the NJoy entrance driveway can be an adventure.

Natalie adds that the distillery helps to boost the economies of the Nature Coast, particularly Hernando and Citrus counties.

“It helps all businesses. We send people who visit here to local breweries…the Weeki Wachee Park, mom-and-pop restaurants, so it’s this intertwining of networking and growing organically, which is so important,” she says. “It’s just this really important way to keep local people vested and keep them here in Hernando County.”

Besides the chance to see a distillery in action and sample and buy products or enjoy the outdoors, NJoy offers on-site games such as horseshoes and cornhole. The site is also near a spring-fed pond, has picnic tables and dogs on leashes are permitted. There are also donkeys, cows, horses and chickens on the grounds.

The Goffs are also in the process of having a putting green installed, which should be ready by the end of September. Musical acts and bands perform Saturdays once or twice a month and there are possible plans to add a wood-fired pizza oven inside the building.

Even with all the amenities and activities, Natalie admits that sometimes it’s a challenge to get folks onto the driveway and into the doors. Signs advertising NJoy have been permitted in the wildlife management area.

“Just because we’re off the beaten path, sometimes people don’t want to go five miles through the park to get here. They think, ‘Surely, there can be nothing this far in the woods.’ Sometimes, they turn around before they get here,” she says. “We often rely on word-of-mouth to get people to keep going.”

The Goffs say they are considering adding comedy and cocktail nights and hosting private, catered events with select barrels of spirits being served. It’s all about their relationship with their surroundings, their business and their guests.

“People just like to come because there’s a lot of social-distancing opportunities, it’s a beautiful property — people like to meet their friends for picnics and corporate gatherings,” Natalie says. “People love it here; I can’t get them out. It’s not like Disney – it’s more laid-back, being outdoors, that’s our big attraction. People love that, they love that rawness.” 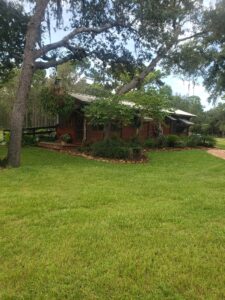 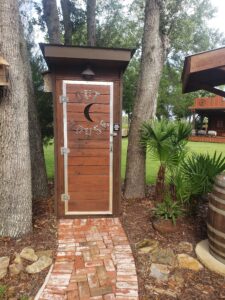 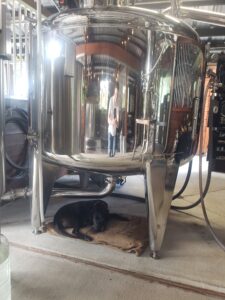 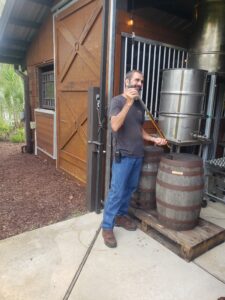 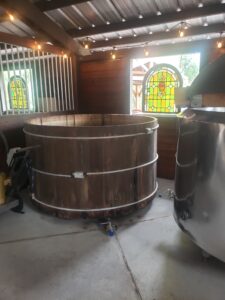 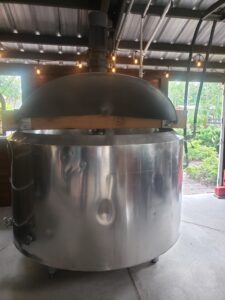 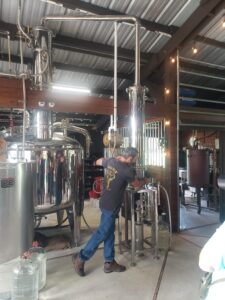 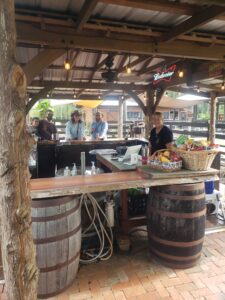 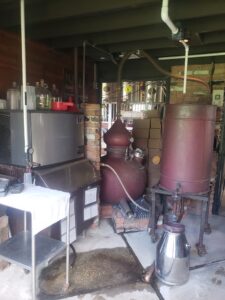 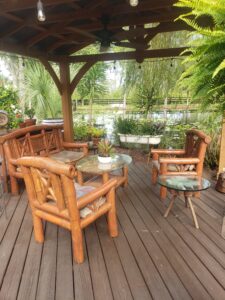 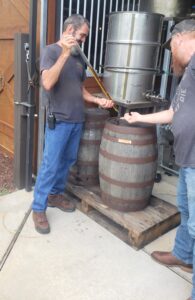 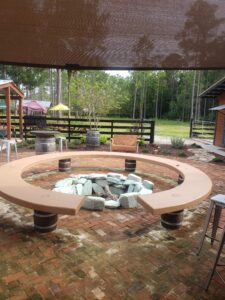 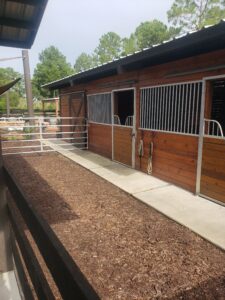 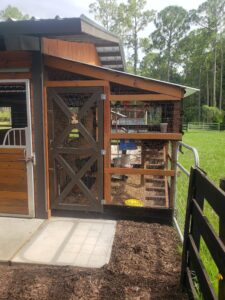 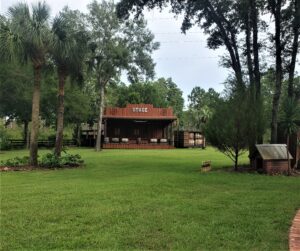 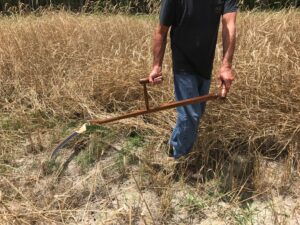 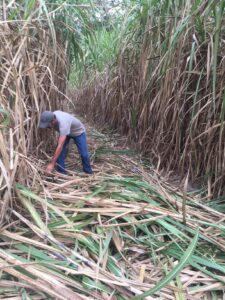 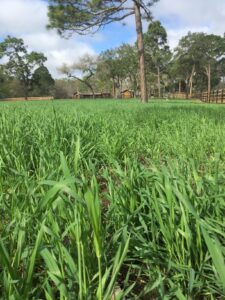 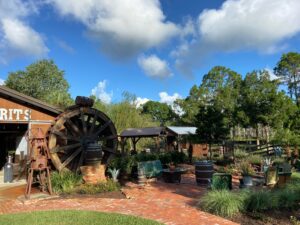